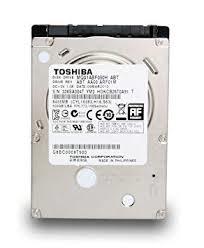 As the inventor of NAND Flash Technology and a leader in HDDs, Toshiba introduced a new category of storage devices called “Hybrid Drives” also known as “Solid State Hybrid Drives” (SSHD). These new drives combine very fast, SSD-like performance with the storage capacities offered in today’s leading-edge hard disk drives (HDDs). The result is a device that physically looks like a hard disk drive but delivers much faster performance at an affordable price.Toshiba’s SSHD products feature self-learning algorithms that enable the drive to identify the user’s access patterns, allowing frequently used data to be stored in the NAND cache part of the drive making it quickly accessible to the host.Likewise, data that is used less often is moved from the NAND Flash to the HDD for long term storage.This feature is coupled with sophisticated NAND flash algorithms that provide fast performance and file responsiveness while utilising the high storage capacities supported by the underlying HDD. Toshiba's SSHD combine the best of both worlds.